II. Association’s Background：Neural regeneration, neural structural repair, neuroplasticity,  neuromodulation, neural restoration and functional recovery is one of  the toughest long-term challenges in neuroscience. Recently,  neuroscience has developed rapidly and new achievements are constantly  emerging and some breakthroughs have been made. All these have shaped a  unique and independent scope of research and a brand new field of  knowledge, thus forming a distinct discipline within  neurosciences–neurorestoratology.

With research advance of the specialized discipline within  neural regeneration, neural structural repair or replacement,  neuroplasticity, neuromodulation and neural protection,there has been a  radical change in the traditional concept that those damages cannot be  rapaired because there is no effective method.At present,the door has  been opened for possile effective therapy.

In  order to facilitate a coordinative effort to improve both basic and  clinical research in neurorestoratology and enhance scientific exchanges  among countries, break the barriers among basic research of  neurorestoratology, research and development of medicine and clinical  medicine，make  direct connection of each other and shorten the process of bench to  bedside (lab research to clinical application), reflect the current idea  of international translational medicine and transfer the achievements  of basic research on neurorestoratology into new clinical strategies and  then make patients benefit more from medical achievements, it became  inevitable from a historical perspective to organize and establish  International Association of Neurorestoratology.

III. Association’s Character and Membership Composition：Many  scientists and clinicians all over the world in the Neurorestoratology  field voluntarily organized to form the association,and the  International Association of Neurorestoratology(IANR)was registered at  Hong Kong Special Administrative Region,People's Republic of China in  October of 2007.It is an international,acadimic amd non-profit corporate  association with qualification of legal representative.The ,members  come from:Argentina, Australia,Belgium,Brazil,Canada,China,Denmark,Finland,France,Germany,

V. Scope of the Association’s Business：

(6)  Starting advisory service activities related to neurorestoratology,  informing the general public about the achievement of neurorestoratology  study, disseminating information to popularize scientific knowledge and  promoting the development of this field.

(7)Editing,publishing specialisrt magazines to encourage academic exchanges and the establishment of the competitive arena.

(10)Praising  and awarding outstanding members in scientific and technical  activities,as well as the members with outstanding achievements in the  association.

In 2007: International Association of Neurorestoratology (IANR) was established.

In 2008: The 1st IANR annual conference was held in Beijing. China.

In 2009: The 2nd IANR annual conference was held in Beijing. China.

The  journal CELL TRANSPLANTATION  became the official journal of IANR,it  set up the special issue of neurorestoratology;meanwhile the electronic  journal FRONTIERS IN NEURORESTORATOLOGY got on line;what's more,AMRICAN  JOURNAL OF NEUROPROTECTION AND NEUROREGENERATION became the third  official journal.

In 2010: The 3rd IANR annual conference was held in Beijing. China.300 attendees from more than 30 countries and regions had excellent exchange during the conference.

The council meeting selected 27 experts as council members,and work committee of IANR was set up.

In 2011:  The 4th IANR annual conference was held in Amman,Jordan, combined with  8th GCNN conference (Global College of Neuroprotection and  Neuroregeneration), with more than 400 participants from over 40  countries and regions, who were welcomed by the Princess and Ex Prime  Minister of Jordan at the opening ceremony.

The 2nd IANR Council Election was held in Jordan,on which,Prof. Geoffrey  Raisman was honored as the Honorary President in life,while  prof.Hongyun Huang the Founding President.And Prof.Ziad Al-Zoubi was  elected as the President,while Prof. Hari Shanker Sharma the President  Elect.

In 2012: The 5th IANR annual conference was held in Xi’an,China, combined again with 9th GCNN conference, with more than 500 participants from over 40 countries and regions. Satellite meetings like the  4th International Spinal Cord Injury Treatment & Trial Symposium  (ISCITT) and Round-table conference of clinical advance summary of  spinal cord injury treatment were organized during the congress.

At the 2nd IANR Council meeting, representatives from Romania and India win over China, Iran and Argentina in organizing IANRAC Ⅵ and IANRAC Ⅶ in 2013 and 2014 respectively.

In 2013:  The 6th IANR annual conference was held in Bucharest, Romania, combined  with 10th GCNN conference, with more than 400 participants from over 40  countries and regions, who were greeted by the Romanian Ministry of  Health.

IANR Official Journal of Neurorestoratology was established and 2013 volume 1 got published.

3rd IANR council election was held in Mumbai, on which Prof.Hari Sharma  from Sweden took over the responsibility as President.Prof.Hooshang  Saberi and Prof.Shiqing feng got authorization to hold 8th and 9th  annual conferences in 2015 and 2016 separately.Representatives from  Argentina,USA,Indonesia said they would continue to apply to hold the  IANR annul conferences in 2017 or 2018. 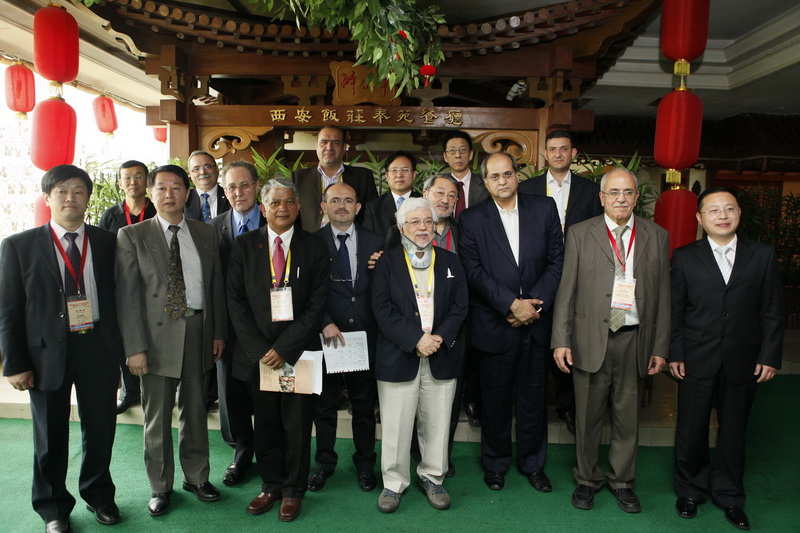 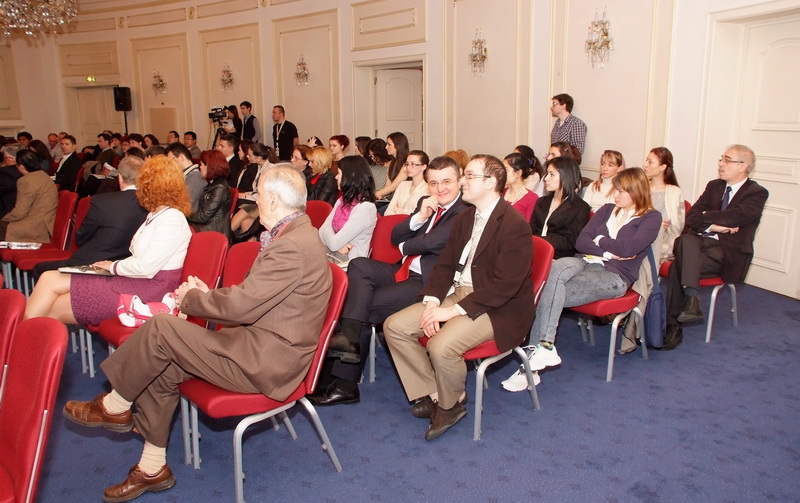 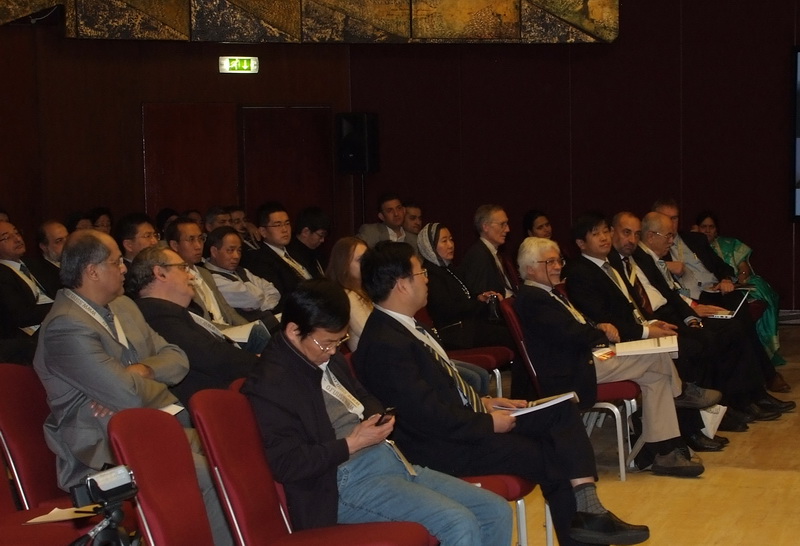 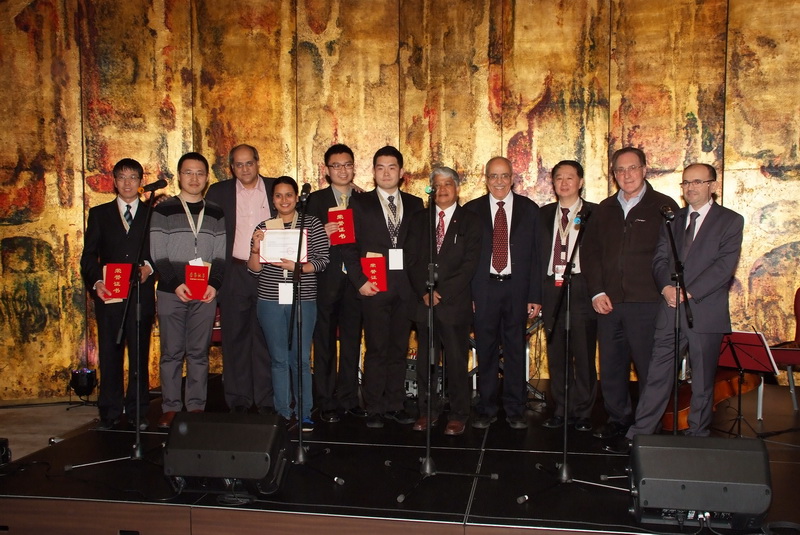 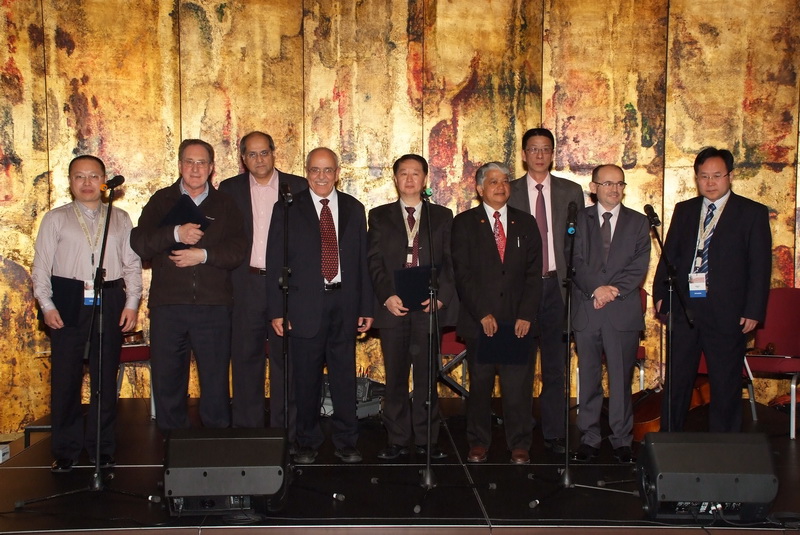 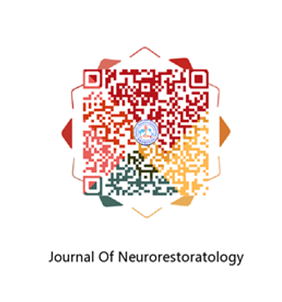